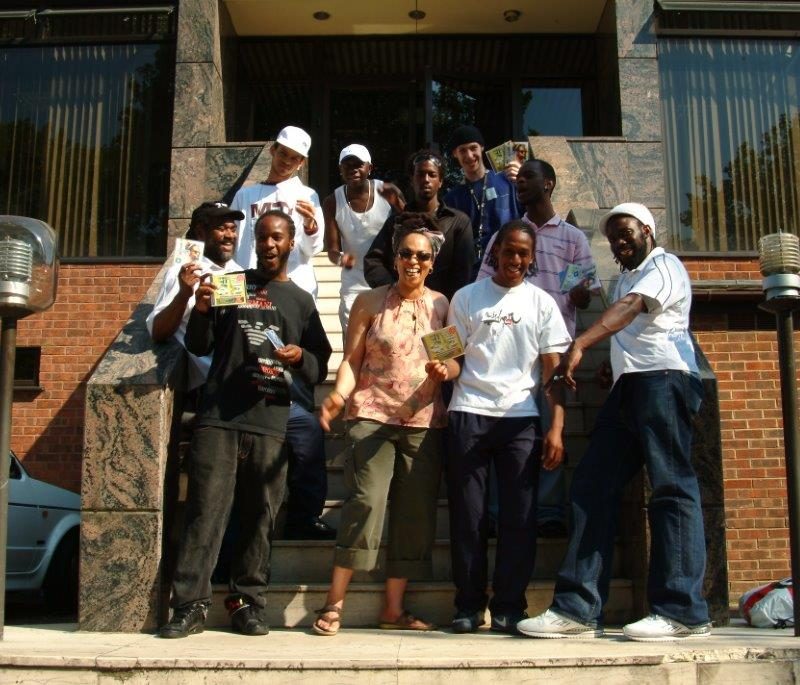 We are sorry to inform you that Elroy ‘Bassy’ Bailey from MDMD Arts & Sports and former Hackney CVS staff member sadly passed away last week.

Not only was Elroy an amazing musician who played bass with many British reggae legends, including his own band, Black Slate, he also worked tirelessly to support young people to develop their own musical abilities.

Elroy and his brother John Bailey (also a successful musician) set up the local community organisation, MDMD Arts & Sports, which provided activities on the Nightingale Estate for many years.

Elroy  worked for Hackney CVS during 2004/5 as the MDMD Coordinator, providing music tuition to many in the local community as part of our Streetwise learning project. Elroy was also a vocal member of the Black & Ethnic Minority Arts network that we set up to support the advancement of BME arts in Hackney.

“Elroy was unique –  there was no-one like him. His humility and commitment to equality shone through in all he did. I learnt a lot from him, particularly about the role that music can play in supporting people of colour. He will be sorely missed by many who knew him.

As a former member of staff I remember his work and his personality vividly. His organisation was one of the first that we supported to set themselves up as a key part of an estate so in need of positive activities for children and young people. Elroy, we will always remember you in our hearts.”

To learn more about Elroy and his musical legacy please view this video:

Reflecting on Elroy’s approach, Kristine Wellington, Head of Safeguarding Children and Families, reflected that Elroy always stood out as a warm, welcoming and insightful man. She said:

“I had the pleasure of seeing Elroy in action. He was both a mentor and musician who worked in the heart of Hackney’s community on the Nightingale Estate, previously part of what was known as ‘Murder Mile’.

It is men like Elroy and the Making Dance, Music, Drama & Sports team that brought new hope, opportunities and inspiration to young people that needed uplifting. ‘Go on, you know you can do it!’ and they did.  Elroy’s enthusiasm, energy and belief in people will live on in so many lives.”

If you would like to share your memories of Elroy then please email Jake: jake@hcvs.org.uk and we will pass them on to Elroy’s family.

If you would like to make a contribution to Elroy’s funeral costs you can do so by clicking here.