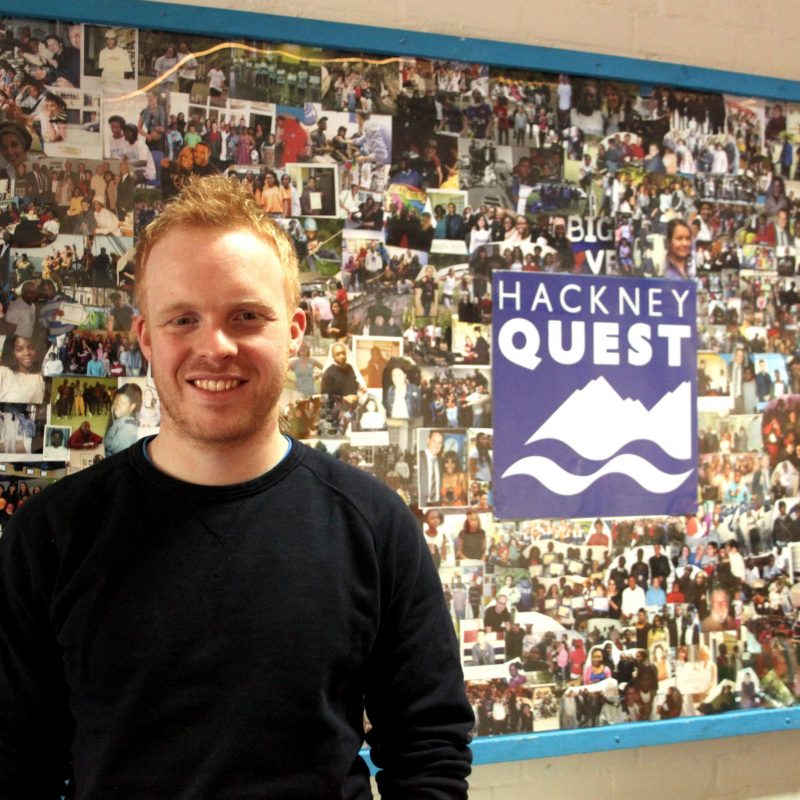 "We need to know what the continuities are despite the change. Why is there this disconnect between the amount of wealth coming to the area and people who’ve lived here a long time not benefiting from it?"

Hackney Quest is a long running youth and community centre founded in 1988. It runs a range of positive engagement projects for young people. One of them is Hackney Wick Young Voice which started in December 2016, with the aim of empowering local young people.

We caught up with Luke Billingham about the Hackney Wick through Young Eyes report and discussed how Hackney could be improved for young people.

Please tell us about the Hackney Wick through Young Eyes report.

For six months in 2017, we undertook a large-scale research project in the local area, focused on young people’s thoughts, concerns, and ideas. We have now produced a detailed report on our findings which we hope will help young people to be recognised as vitally important local stakeholders with concerns that need to be taken seriously.

What challenges do young people in Hackney Wick have?

There is awareness of deprivation. The area is getting much less affordable for local people and if that continues it will become more exclusionary. If you want to keep talented people in Hackney they need affordable housing options as well as work opportunities.

All young people talk about gangs but there is interesting question about what they mean by a gang. Primary school children were talking about gangs and teenagers as if the two are the same thing. We know from the Youth Offending Team that only 1% of youth in Hackney Wick are involved in the Criminal Justice system, so clearly there is a stereotypical perception, which affects children. So one of the things we are suggesting in the report is myth busting work. We need to address the issue in a way which doesn’t feed into fears of young people.

Are there any good findings?

Young people are very enthusiastic about the fact that Hackney Wick is surrounded by parks. They spoke about them as nice places to unwind, relax or go to when they are angry or sad. They are aware of the value of green spaces for wellbeing. Young people love the sense of community and the neighbourliness they experience in Hackney. And the other thing that was mentioned a lot was neighbourhood facilities in the immediate vicinity such as sport cages. If you are between 10 and 14, your parents might not always be comfortable with you doing 15 minute walk to places which are far, so the fact that neighbourhood cages are dotted around is something young people really value.

How has Hackney Wick changed in recent years and how does it affect young people?

When I was young growing up in Hackney I was aware of the inequality in the area. Now I can see that through gentrification the gap between rich and poor is becoming even bigger. There is a changing demographic of people moving in and a lots of new things are popping up but mostly for new wealthy residents.

The interesting thing was the extent to which some of the young people emphasized continuity – the problems that have affected people in Hackney for decades such as youth crime, lack of work opportunities, the housing crisis… are still everyday issues affecting young people. It’s not to say nothing has been done but there is a risk in emphasising social transformation that those issues may be ignored or side-lined. We need to know what the continuities are despite the change. Why is there this disconnect between the amount of wealth coming to the area and people who’ve lived here a long time not benefiting from it?

What have you learned from working with young people on the report?

I was amazed by how eloquent young people are. Even in primary school they were talking about housing issues and violence in an incredibly articulate, insightful manner. They can see through things in a way adults can underestimate. They are experiencing the changes most acutely because they are growing up while those changes are happening.

If you want to read the report, go to the Hackney Quest website and download the full report or the 6-page summary.

Young people are experiencing the changes most acutely because they are growing up while those changes are happening.