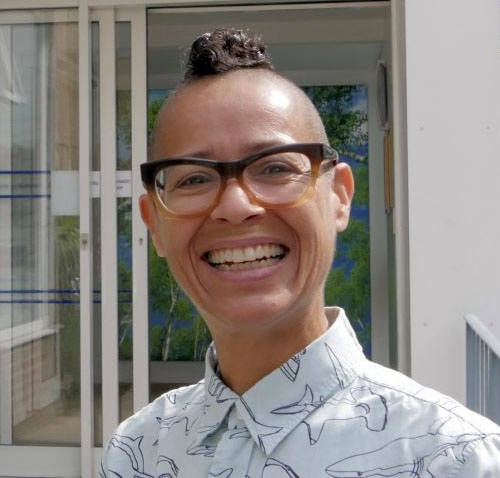 "We need to bring compassion not only to palliative care, but to work spaces and communities"

Joy Kahumbu, Project Coordinator of Compassionate Neighbours, talks about the importance of working on a local scale

What is Compassionate Neighbours and how did you get involved?

Compassionate Neighbours is a volunteering project which matches trained volunteers to people with a serious, long-term or terminal illness, or to people who are isolated.

I started off as a volunteer. I did the training and found it really interesting and self-reflective – it made me look at myself and my interactions. The training was about supporting participants to be compassionate in the community and removing all the barriers that might prevent you from going up to someone and saying ‘Hi, do you need any help?’

When the project was expanding and they advertised a Project Manager post I applied and was lucky enough to get the job, which I’ve now been doing since May 2016.

What was your reason to become a volunteer?

I’ve lived in Hackney for a very long time and I’ve noticed my community has changed a lot. In the building I live in, there used to be a lot of people who had lived in area for a long time, now there are more young professional people. It might be quite frightening when you get older in a place like this and have no connections. If I ever arrived in the same situation I’d like to know there are people around me who would be able to reach out and keep an eye on me. That’s why I was attracted to the idea – it’s not about relying on services, it’s about relying on community.

Why is it important to work on the local, neighbourly scale?

Issues around the world are really confusing and worrying at the moment. People feel anxious and impotent. I ask new trainees why they want to be a Compassionate Neighbour and what I hear a lot from people is that they feel they can’t do anything in the big world but they can do something in the community. When I was on the course I met mostly older people who weren’t at work and were able to do the daytime training. But now we also have enquiries from people who work full time. They’ve moved into the area and they realise the only way to feel connected is to be involved.

We’ve had some amazing matches. There is a woman in her early 40s who is very good with computers. She is also interested in history, especially the Second World War but her grandparents had died before she was born so she never got to hear from them what it was like in those days. When I was on a home visit, I met a man who was a pilot in the Second World War. He had no children and his wife had died eight years previously. The internet was a new thing for him and he wanted to learn more. I matched the two of them and now they have lunch together every Sunday. It seems like she has a grandparent she can learn about history from, while he has someone who got him online. That wouldn’t have happened without the project.

If someone is interested in learning more about the project and about becoming a volunteer what they should do?

Coffee mornings are a really good way to find out more about the project. We run them every Thursday from 10:00am.

The training is about getting to know each other and yourself. It is modeled on compassionate communities and the group you train with is your first compassionate community. The idea is that we need to bring compassion not only into palliative care but also into work spaces and communities. Our project comes from the ethos which says ‘support people within the community to support themselves and you’ll have a healthy community which can rely on itself’.

If you want to learn more you can also phone me, e-mail me or drop in and have a chat. We have training sessions coming up at the end of October and November.

More information about the project:
www.stjh.org.uk/neighbours